skip to main | skip to sidebar

The Difference Between Herman Cain and Bill Clinton: Hillary Clinton, by Kirby Sommers 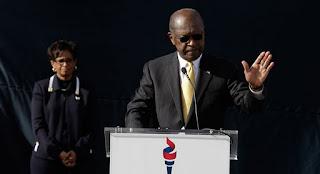 An article in the Daily News last week claims that Herman Cain is making Bill Clinton look like an innocent. I disagree.

‘The TV reporter asked the married presidential candidate about a woman who was claiming they’d carried on a secret romance.

“Was she a friend, an acquaintance?”

“I would say a friendly acquaintance.”

“That allegation is false,” the candidate shot back.

The candidate was Bill Clinton on “60 Minutes” back in 1992. Hillary was at his side.

The Clinton campaign had just been rocked by the sultry Gennifer Flowers, who held a bizarre New York news conference to release tapes of her late-night pillow talk with Bill, then the governor of Arkansas. '

Indeed Cain has brought to mind some of the more colorful Clinton denials. Like his own Gennifer Flowers moment in the form of Ginger White who claims the pair had a 13-year "sexual relationship." When asked if he knew the woman, Cain dismissed White as just an “acquaintance.”

Although similarities exist within their respective sex scandals - including an almost identical finger-wagging, self-righteous rebuttal when Cain was confronted of sexually harrassing four other women. It is here however where the difference emerges and it does so in the form of their wives. Gloria Cain merely played the "that-doesn't-sound-like-my-husband" song. Hillary Clinton's stance was a lot different. She hopped, leapt, and stretched out her wings like a vulture in a storm hiding her husband's foibles within its folds.

Both Clinton and Cain have been accused (in Clinton's case, proven) of being creepy sexual predators. Clinton "an innocent" when compared to Cain? I think not. Hey, not even the slam and dunk'em Tiger Woods can beat Clinton in nailing any woman in any way possible when felt like relieving himself. When Clinton felt the urge, he'd satisfy it as quickly as if he simply needed to urinate. And any depository, whether welcome or not was enlisted.

Remember Paula Jones? Sure you do. How about Juanita Broaddrick? Do you remember her?

Broaddrick was an Arkansas woman who worked on Clinton's campaign when he was attorney general. On April 25, 1978 she was brutally raped by Bill Clinton during his first run as Governor for the state of Arkansas.

She told NBC's Lisa Meyers the story. NBC, under intense pressure by the White House at the time, shelved the interview. It wasn’t until Broaddrick took her story to The Wall Street Journal that it became public.

The Journal went into some detail about Mrs. Broaddrick's horrible ordeal:

‘ Mr. Clinton … got her onto the bed, held her down forcibly and bit her lips. The sexual entry itself was not without some pain, she recalls, because of her stiffness and resistance. When it was over, she says, he looked down at her and said not to worry, he was sterile -- he had had mumps when he was a child.

"I felt paralyzed and was starting to cry," recounts Broaddrick.

As he got to the door, she remembers, he turned.

"This is the part that always stays in my mind--the way he put on his sunglasses. Then he looked at me and said, 'You better put some ice on that.' And then he left." ‘

In an interview on Fox News that can be seen here, Broaddrick claims that Hillary Clinton has always covered up for Bill. She adds that Hillary thanked her for keeping quiet and that she (Hillary) accepted it all because of power and money.

Hillary, who was humiliated time and time again was never going diminish the value of the Clinton/Clinton stock equity. She is the one person who could have exercised restraint on him, but instead supported his misogyny. She supported his lies. She even helped to silence his victims. The end game? Her love of the view from 1600 Pennsylvania Avenue.

While Bill Clinton had no moral code of conduct as it pertained to his wife, or his constituents, he sailed right on into the White House. This was a team effort. A Bill/Hillary win. Had Hillary turned against him at any time, we'd barely remember his name. Which means that Hillary by virtue of her own blinded quest for power was his accomplice. She is, to Clinton's victims, an equal opportunity predator.

Cain doesn't have an arranged 'marital' partnership. And the White House is no longer in sight for him. When caught, he almost appears to have a conscious – even if only with Gloria Cain. After resigning as the Presidential candidate, he rejoiced: ”I am at peace with my wife. And she is at peace with me!"

How Rich Men Cheat and Why Elin Nordegren Should Divorce Tiger Woods, by Kirby Sommers

In the wake of Tiger Woods jaw-dropping sex scandal there is only one thing for Elin to do and that is to divorce her narcissist bed hopping at the drop of a hat hubby.

She should not blame the other women and she should not give him another chance. All this blame-the-other-woman nonsense is ridiculous. It’s pretty difficult to image a woman chasing someone as famous as Tiger Woods and demanding he sleep with her. Tiger did the chasing. Tiger did the cheating. And only Tiger should pay, both literally and figuratively for not keeping his junk in his pants.

I know this firsthand. I know because I was once the other woman to one very private billionaire by the name of Ira Riklis. We had an eight-year relationship that would make every one of Tiger Woods “transgressions” pale by comparison. Even in the pre-internet days of the 1980s-90s, Ira was a master of “transgressions.”

This is how Ira cheated (which will give you an indication of how the rich, powerful and famous do it, pun intended):

2. He talked about getting a divorce.

3. He talked about marrying me.

4. He verbally compared my body to hers (always telling me how perfect mine was compared to hers because, according to him: “her body changed since she had the kids”).

5. He’d go off on his month long ski trips with wife and kids in tow and call me constantly (which, btw, is called cheating on your wife when you’re on vacation)

6. He would have me book hotel reservations in my name – then he would call the hotel, ask for me and have me tell him which room number I was in, whereupon he would come on over without ever having to stop at the front desk. (That’s an art form he must have acquired from his famously wicked father Meshulam Riklis, or something he must have perfected from previous adulterous romps).

7. He would hand me a wad of cash to pay for the hotel rooms several days or weeks after my/our stay so I could take care of the bill in cash and there would be no trace no trace back to him. Officially, I was the only one to actually sleep in the room. Ira would come and go. Sometimes, quite literally. Unless, of course, we traveled outside of New York City.

8. He would have me make my own airline reservations and then meet me in front of the terminal. We’d then make our way to the reservations clerk where he would hand over another wad of cash to pay for my roundtrip fare -- again making sure there was no paper trail.

9. He asked me to buy black suits to wear in public so that in the event we’d bump into someone he knew on the streets of New York City; he could introduce me as “his banker.”

11. He had me set up fictitious corporations so he could write checks out to them in order for me to have the money to buy expensive “Lejaby” lingerie and the deliciously decadent “Fogel” stockings – both of which he turned me on to. And, of course, I needed to keep on buying those notorious black suits…

12. He would take me shopping in other cities and always paid cash. The shopping trips were pretty similar to the scene in Pretty Woman with the “obscene amount of money” and fawning talk. Which, frankly I liked. Having someone fawn over you while you shop is always nice. Unlike the Pretty Woman scenario, Ira stayed with me while I changed in the dressing room.

And what makes Ira’s cheating ways much more twisted than Tiger Woods is back when I first refused to have anything to do with him -- being married and all, and basically disappeared from his life -- Ira had me hunted down.

Yes, hunted down. He paid a hefty $150,000 to a man named Dave to have him find me. That was a lot of money in the mid 80’s. It took six months for this Dave guy to fetch me for him. Of course, this was before Google got in the business of spying. I guess it wouldn’t cost him a cent to find me now.

Elin, the other women are not the problem. It’s the easy thing to believe. And it’s a lot easier to blame all those other women than to blame the man you love.

After all, when you blame the man you love, in essence you’re blaming yourself.

Stop blaming yourself and move on. Tiger’s stripes aren’t going to change. You and your children deserve better. To base your happiness and the happiness of your children on someone who is completely self-centered would be the wrong road to take.

You and you alone are in control of your destiny. After all, leaving the louse is all the revenge you’ll need.

Labels: how do I know when my husband is cheating, how men cheat, Ira Riklis, Kirby Sommers, love advice, Tiger Woods
Home
Subscribe to: Posts (Atom) 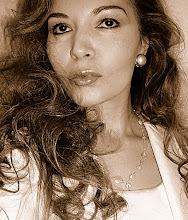